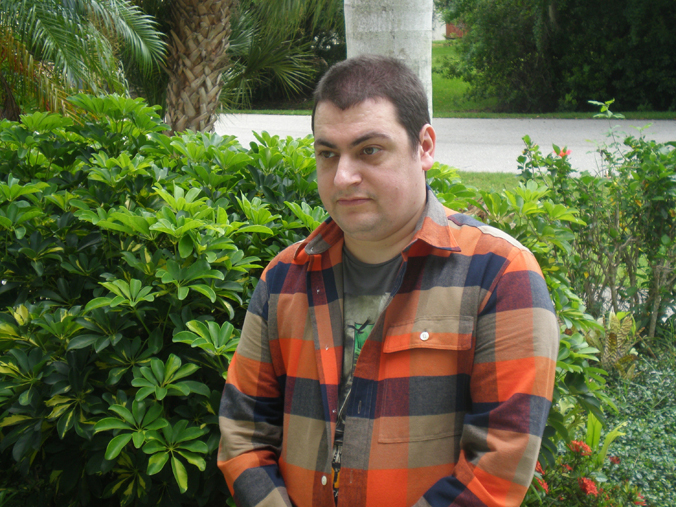 Dave J. Andrae was born on the Autumnal Equinox of 1979 in Milwaukee, Wisconsin, where he grew up. He now lives in Florida. Andrae is a multidisciplinary artist and writer with an emphasis on film. He holds a BFA in Film from the University of Wisconsin-Milwaukee and is an alumnus of the Berlin International Film Festival's Berlinale Talents program. Some of his films include Robert on His Lunch Break, The Plants Are Listening, Self-Important Empirical Film #3, with Voice-over, and Fire in the Neighborhood. A jack of all trades, Andrae has played atypical music in several bands and side projects, including Leila M. & Tired of Triangles and Astronaut Ice Cream Headache. His high school record label, Beeshu Records, was the first imprint other than Hospital Productions to issue a recording from noise artist Prurient, now quite established but then just starting out. In November of 2020, Kaji-Pup Press released his debut novel, The Friends of Allan Renner, a character-driven mixed-genre work of adult literary fiction. Andrae is an avid film watcher, stand-up comedy fan, dog lover, and amateur cyclist, among other things. He doesn't take himself too seriously.